As of Monday, October 15

Hockey has lagged behind the other major sports in producing generally accepted advanced stats to help us evaluate teams. Corsi was the craze five years ago, but more recently the effectiveness of corsi has been debated. Scoring chances has shown a higher correlation in predicting team success, so for this purpose I’m going to rank teams based on SCF% or Scoring Chances For Percentage.

Potentially there are undervalued teams in the market who should start to score more goals if they rank high in this stat but have been under-performing on the ice. 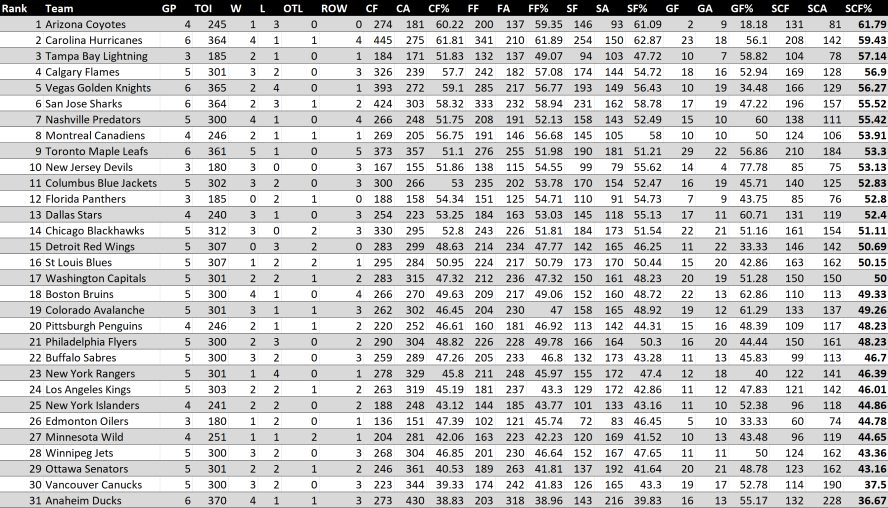 The most interesting team we see at the top of the all ice time ranks, and second in 5v5 SCF% is the 1-3 Arizona Coyotes. This is an obvious target for betting value in their next match up will will come tomorrow at Minnesota.

While the effectiveness of corsi has been debated as far as it being the best go-to stat for hockey, it’s still a valuable way to measure how a team is performing.

CF%: Corsi For Percentage; The percentage of all shots that are taken by a team (CF/(CF + CA))

Arizona will have a nice plus-money line tomorrow and the upset should be a very real possibility.