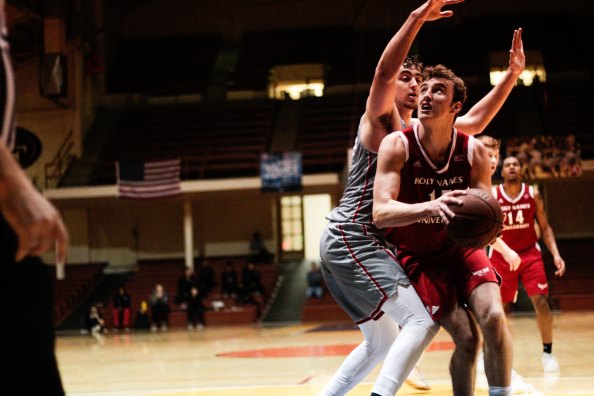 It started off fun. Why not try and handicap a tiny little league that always plays on Friday nights? After a 4-1 start, I was ready to conquer the MAAC and profit off it every week.

Then I went 1-3, with a couple picks against my better judgment. Remember, always feel free to fade. Feel more than free, assume you are going to fade me unless I can convince you otherwise.

After my 1-3 Friday, I proceeded to lose again in the MAAC with Quinnipiac in what I knew at the time to be a square bet, so I almost felt obligated to play it.

After two weeks, we are now 5-5 overall betting the MAAC, but 1-4 in the last five picks.

Time to turn it around.

Last week, Monmouth was leading the MAAC conference, and we bet on them +7.5 points. That bet was a loser, and Monmouth is no longer atop the MAAC mountain.

Canisius is ranked a little higher than Monmouth at kenpom, showing up at #275 compared to #296, so I thought this spread may be at Monmouth -2, and even that seemed a little generous considering a lack of home court advantage. Kenpom gives Monmouth a 2.4-point advantage at home, good for 315th out of 353 teams. Canisius is coming off a loss to Manhattan 70-65 and kenpom projects the same total of 135 points for this one.

I’m going to pass on the side and take the Under here at 137 points. Monmouth ranks 336th in offensive efficiency but can play some defense ranking at #165 overall. Monmouth is also one of the worst 3-point shooting teams in college basketball, and are one of the best at keeping their opponents from the free throw line.

Manhattan is challenged on offense, and they’re a team I will always look to fade or play under. Iona, on the other hand, is one of the teams you’d like to look to play on. I like that Manhattan should get a perceived home-court advantage in this spread, when in reality there may not be much of a home court advantage at all.

Kenpom is projecting a 1-point win for Iona, and I was expecting a spread of -2 for Iona, but this game opened at -3 and is currently at -4.5 at Bovada.

Manhattan is dreadful on offense, but Iona isn’t much better on defense and these two areas almost cancel each other out, with the slight edge going to Iona.

While I opened this with wanting to fade Manhattan, I did not realize that they have won five of their past six outings and have covered in five straight games. Right now, 87% of the cash and 85% of the tickets are on Iona.

I feel compelled to back the home dog that’s been on a 5-0 ATS streak.

We haven’t covered a Saint Peter’s game yet, but I have lost multiple times betting against Marist now. Marist is pretty lethal beyond the arc, and they’re now a team that I want to bet on, rather than get burned by.

I have not looked at anything on this game yet, but I’m going into this feeling like it’s Marist or pass. I felt like it was Iona or pass on the last game though, so let’s see how this is supposed to play out.

Rider is still the top-ranked MAAC team per kenpom, but Marist has been moving their way up and currently rank at #239. Saint Peter’s is way back at #329, so this line may be approaching double digits.

And yes, looking at kenpom, they are projecting a 10-point victory for Marist, 68-58. Looking at the line though, it’s just Marist -6, so there looks to be some pretty good value here on the home favorite.

This game opened at Marist -7.5, but the money came in heavy on Sait Pete’s for some reason. Marist looks to be the square play, as 81% of the tickets are on the home team, but just 51% of the cash is on Marist. Of course, I’m riding with the squares here.

Rider is one of the better teams, if not the best team in the MAAC, while Niagara is middle of the road at best.

So, predictably we’re getting a big number here with Rider laying 8.5 points.

I don’t like the side, but the total may present some value. Rider likes to play faster than 340 of the 353 teams in college basketball, while Niagara ranks 88th in adjusted tempo. Kenpom is projecting a final score of 84-75 in favor of Rider. With the total at 156, I’m going to take the Over for a half unit.