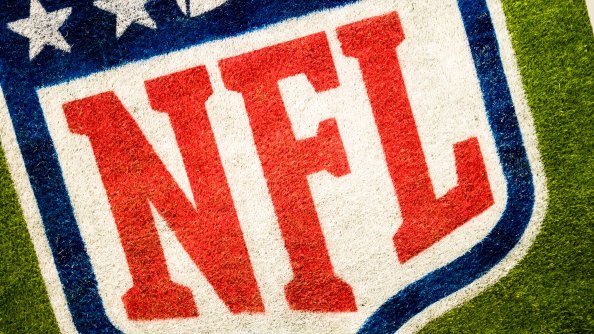 To start previewing the NFL Wild Card Weekend, I want to start with a tweet from one of the best in the football analytics, Warren Sharp. This should give us a good baseline of what to expect in the individual matchups in all four games:

There are many factors in favor of the Colts in this game, and the first is that I trust Andrew Luck much more than I do Deshaun Watson.

Beyond the fact that Luck has been here before and is the more experienced quarterback, he’s also been the better player on the field this year. Luck is #5 in the NFL in QBR, compared to Watson at #14. Luck also ranks 7th in both Expected Yards and in DYAR (Defense-adjusted Yards over Replacement) compared to Watson who ranks 10th in both categories.

According to DVOA, the Colts rank #10 in offensive efficiency, compared to the Texans at #21.

But according to Warren Sharp, no one has been better at passing the ball in the past four weeks than the Colts, and they hold a significant edge in passing success overall. You can also see Houston’s passing game trending in the wrong direction, which is likely a result of Will Fuller’s injury.

The Colts have shown more rushing success, and have a clear advantage on offense over the Texans.

On defense is where the Texans get their edge, but it’s not by much according to DVOA, ranking #7 in defensive efficiency compared to the Colts at #10.

Both teams rank in the bottom half of the league in defending the pass, with the Colts at #20 in passing efficiency while the Texans rank #17.

Against the run it’s the opposite: Houston is #1 in the NFL in defending the run, while the Colts rank in at #4.

There is basically no point in trying to establish the run game against this Texans team, and luckily for the Colts, they have an offensive mastermind in Frank Reich, a finalist for coach of the year and architect of the Eagles Super Bowl winning offense.

Reich should know how to attack this Houston defense having already played them twice this year, and on the ground is not how to do it. Reich has said as much in press conferences saying they need to pass to set up the run.

This game is shaping up to be ripe for an OVER with these two teams passing on the majority of downs. The total opened at 47.5 and has been bet up to 48.5. That still seems low.

Bottom Line on Colts at Texans

In overall team efficiency, the Texans rank #11 in DVOA compared to Indianapolis at #8. While this doesn’t appear to be a large gap, Weighted DVOA, which removes early season games from the equation, has the Colts at #4 overall compared to Houston at #13.

Typically a team featuring a poor home-field advantage, the Cowboys were the opposite this season, going 5-2-1 ATS at home this year, and 7-1 SU.

According to DVOA, the Cowboys have not been very impressive overall on the year, coming in at #21 overall in offensive efficiency. Many of those games though, were without Amari Cooper who completely changed the dynamics of the Cowboys offense.

This can clearly be seen in Warren Sharp’s passing success rate stats, which show the Cowboys at #4 in the NFL over the past four weeks, compared to #18 season long.

On the other hand, Seattle has been below average in passing success this year, ranking #24 overall and #22 in the past four weeks. It’s no surprise that the Seahawks changed their offense midway through the season to become a run-first team, and rushes the ball more than any other team in the NFL at 51-percent.

The only problem with Seattle running the ball so much, despite ranking 11th in rushing success, is the fact that Dallas is even better at defending the run.

Neither team is very good at defending the pass, although the Seahawks are 11th in opponents passing success rate over the last four weeks. However, over that same period, they’ve ranked 29th in allowing explosive passes.

The main takeaway here is just how good Dallas has been at defending the run. If Seattle can’t get their running game going, it may be a long day on the road at Big D.

Bottom Line on Seahawks at Cowboys

The main factor that hasn’t been brought up yet is the massive coaching advantage the Seahawks have in Pete Carroll vs. Jason Garrett. While Carroll did make a horrific goal-line call in the Super Bowl, he’s a much better coach than The Clapper.

Overall, in team efficiency according to DVOA the Cowboys rank #21, and #19 in Weighted DVOA. The Seahawks rank much better according to Football Outsiders, at #12 in DVOA and #14 in Weighted DVOA. This edge has been factored into the line though, with Dallas giving up less than a field goal in a game where their home field advantage is likely worth close to 3.5 points.

I’m going to be on Dallas here. I just like how this team is playing on defense and how they match up, with a good possibility of keeping the Seahawks off-balance and uncomfortable on offense.

It’s hard to take the lesser quarterback, along with the lesser coach. However, this team does still have Zeke Elliot, an excellent run defense, and home-field advantage. Because I don’t feel entirely comfortable giving up with the points, the money line is the play.

These teams met up just a few weeks ago, with the Ravens winning convincingly at LA by a score of 22 to 10.

However, the Chargers were driving, down six points in the fourth quarter before a fumble turned into seven points the other way, making what had been a close game look like a blowout.

That game also happened to be Phillip Rivers’ worst game of the season, and I don’t expect an exact repeat of that performance.

The Ravens defense is legitimately elite. However, I think to have four quarters on tape for Rivers to study, that he can figure out how to be more effective the second time around. I’m not saying Rivers will light up the Ravens, but that he’ll be better than he was in the last contest.

Getting Melvin Gordon back should be a massive boost to this well-balanced Chargers offense. The Ravens, meanwhile, are about as unbalanced as it gets on offense with Lamar Jackson behind center.

By DVOA, the Chargers rank #3 in offensive efficiency, compared to the Ravens at #15.

On defense, it’s the Ravens who come in at #3 in DVOA, but the Chargers aren’t too far behind at #8.

Here’s how it looks according to Warren Sharp’s numbers:

The Chargers have done well defending explosive runs, which is obviously key in this matchup. Baltimore, though, has been even better at neutering opponent’s pass attacks, as we saw the first time these two teams met.

The Bottom Line on Chargers at Ravens

By total team efficiency, the Chargers rank #3 in the NFL both in standard and weighted DVOA. The Ravens rank #6 in DVOA and #7 in Weighted DVOA.

This is a fantastic matchup, but the reason I’m taking the Chargers is mainly due to the familiarity LA should have with the Ravens after the first matchup. The Ravens now have to deal with Melvin Gordon, and what should be an improved Philip Rivers, while the Chargers D will continue to know exactly what’s coming at them each play.

The other key factor in taking the Chargers is the fact that they’re getting the full +3 points.

The Eagles come into this game red hot, riding the golden arm of Nick Foles. To say they’re hotter than the Bears though, may be a stretch.

The Bears, who have won 9 of their last 10 games, now have to play “the hottest team in the NFL,” which has won….9 games all season. https://t.co/cTTbiSVgKA

The Bears are also:

Now, the Bears were undervalued early in the season, and people were still slow to fully buy in, especially on quarterback Mitch Trubisky.

The same Mitch Trubisky that ranks #3 in the NFL in QBR behind just Patty Mahomes and Drew Brees.

You would never know it though, to listen to the pundits, both professionals, and the average Joe.

For the world to buy in on Mitch, he has to prove it on the big stage, despite his numbers during the regular season.

You wouldn’t know it though, that the public has been doubting Chicago all along when you see that they’re 6-point favorites and have been receiving the sharp money.

Sharp money currently on the Bears looking at the cash and ticket splits. According to @pregame and their Vegas sources, 53% of tickets on the Bears but 73% of the cash.

At @ActionNetworkHQ it's a little tighter, but still 53% of tickets on Bears compared to 58% of the money.

The Eagles offense has seen a revitalization the past four weeks with Nick Foles under center. Here’s how Warren Sharp has it:

The Bears come in showing both a better season long passing success rate, as well as a better success rate in the past four games. However, in that same period the Eagles rank #6 in passing explosiveness, compared to the Bears at #28.

The Bears have been able to run the ball effectively, ranking #10 in success rate both in the last four games and season long and will greatly benefit from Kyle Long’s return to the O-line. Where the Bears are lacking is in rushing explosiveness.

The Eagles, however, are no more explosive and have seen less success on the ground overall.

By DVOA the Eagles rank #16 in offensive efficiency, compared to the Bears at #20.

Here’s where the two teams start to look like oil mixed with vinegar. The Bears are the best defense in football, and it shows clearly across the board:

The Bears have been average the past four weeks against the run, but the Eagles don’t have a formidable rush attack. The Eagles have shown an above-average run defense, but a pass defense that leaves a much to be desired.

By DVOA the Bears rank #1 in defensive efficiency, by a wide margin. The Eagles are middle of the pack, coming in at #15.

How well is #DaBears defense playing over the last four games?

Dominating. That's the answer you're looking for. Dominating.

Head Coach Matt Nagy: "This defense is one I haven't been around before."

I don’t see how the Eagles can consistently move the ball against the Bears. The bottom line is that Foles is going to have to hit some deep shots for the Eagles offense to put a dent in this Bears defense.

Can Mitch Trubisky move the ball on this Eagles secondary? His QBR suggests the answer to that question is yes.

Bottom Line on Eagles at Bears

This game comes down to the Nick Foles Magic. Can he wave his magic arm and find Eagles receivers deep? I’m not so sure.

Three were at home and the other in a neutral location of the Super Bowl.

Let's see how he handles Soldier Field and the #1 defense.#Bears https://t.co/SLJGhBspvQ