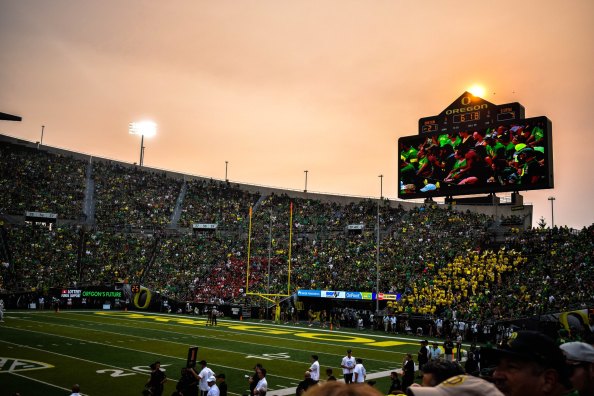 Coming off a nice 7-2 stretch on baseball bets, now is the time to fade my football picks. MLB is definitely my bread and butter, but I cannot resist betting on football even if it’s less profitable.

Betting football for me is all about acquiring as much knowledge as possible, and less analyzing the game as I would in MLB.

Week One is hard to handicap, which can be both good and bad for a bettor. While it’s harder to find edges you can be sure of, it’s also likely that with enough information you can find advantageous lines available.

My favorite bets tonight are on Wake Forest which is traveling to Tulane.

These two programs are going in opposite directions. Wake is coming off of two straight winning seasons and bowl victories, while Tulane is coming off a 5-7 year in 2017 and has lost key pieces on both offense and defense.

This line was in the teens during the summer, but has came back down through the key numbers of 10 and more importantly 7 which is why I think there is value in the current number. Tulane lost the majority of their offensive line and could struggle for continuity. Meanwhile, Wake returns all five starting offensive lineman and will feature an explosive offense. Wake Forest should be able to dictate the pace of this game and with a freshman quarterback, they will likely pound the run game to prevent turnovers, keeping Tulane off the field.

Tulane does have an exciting quarterback returning in Jonathan Banks, and has four-star running back Corey Dauphine coming in as a transfer from Texas Tech, but it’s likely going to take a while for the new offensive line to gel. Tulane features the triple-option, but this is something Wake Forest sees in conference against Georgia Tech, so they should be well-prepared for the Tulane attack.

The ability to shut down the Tulane triple option should turn this into a game where Wake simply runs out the clock in a game that can still go well over 50 points and still be a winning ticket for the UNDER.

I’m also taking Purdue tonight on the -115 money line but that is more of a personal hunch than any kind of a handicap.

Other games I’m betting this weekend:

To fade of my picks on the Action app head to myaction.app/TheSquareBettor